At E3 2019, Ubisoft announced the Gods & Monsters action adventure, which will send players to a world filled with mythical Greek creatures. Since then the project had become very quiet, until a few days ago a name change to Immortals: Fenyx Rising became known. This name has now been officially confirmed on Ubi Forward’s second livestream, there was also new game material to see and the release date has also been revealed. And it is not so far. 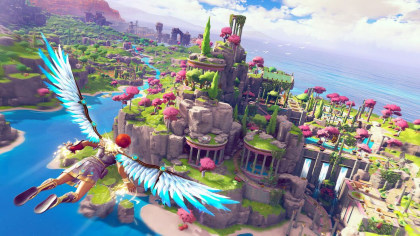 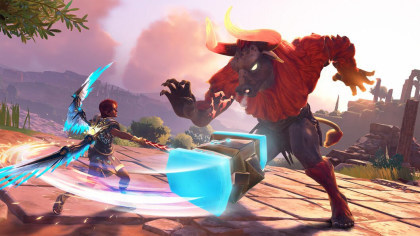 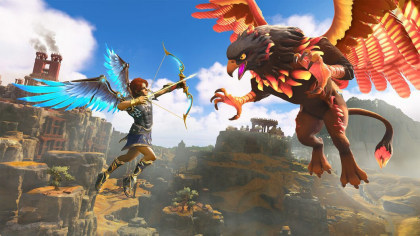 Immortals: Fenyx Rising tells the story of the winged demigoddess Fenyx, who must save her house from a dark curse. In a world loosely inspired by Greek mythology, she must face off against various beasts and ultimately defeat the mighty titan Tyhpon.

The open game world can be roamed freely at any time and is divided into seven different regions, each assigned to a different god. In addition to battles against Cyclops and Minotaurs, puzzles and riddles are also waiting to be solved. As is typical of the genre, the abilities of the demigoddess can be continually expanded. Ubisoft shows more impressions of the game in a longer game video.

Immortals: Fenyx Rising has also been given a release date: it begins December 3, 2020 on PC, PlayStation 4, PlayStation 5, Xbox One, Xbox Series X, Nintendo Switch, and Google Stadia. The PC version will be available through Uplay and the Epic Games Store.