Dozens of Amazon Basic items pose an increased risk of fire due to production errors, according to a report. So there were several accidents, but Amazon would not have reacted to the danger and resells the products.

This is now being reported by news site CNN Business, referencing reviews CNN’s editorial team found on Amazon itself and backs this up with numerous customer reports and independent studies. These are Amazon’s own brands, most of which are offered as Amazon Basics products. For example, USB cables that have caught fire or insufficiently secure microwaves. According to CNN, the products have been reported as unsafe since 2016 because they melt, explode or even ignite. Many are still on the market. However, some products have since been improved – it is not known if this is the case with most of the products still sold. 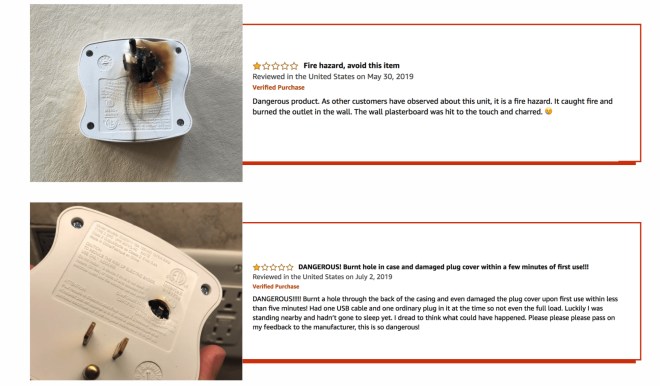 Examples of products marked as dangerous

Using keywords such as “fire”, “dangerous” and “burn,” CNN identified over 1,500 reviews on various Amazon Basics devices that were posted on Amazon.com by US customers from 2016 to early 2020 and as part of the in-depth research the corresponding safety topics are described. It is currently unknown whether these affected products were also available outside the United States and Germany.

More than 10% of reviews CNN found with the problem reports indicated that the products had caught fire. In some cases, it has been directly described how the flames from the devices and the photos were published. About 200 journals contained reports of damage to houses or other property. These included, for example, charred walls and cell phones from smoldering fires. About 70 different products were affected. Amazon’s own brand is very popular because Amazon Basics is a “budget alternative”, as the group itself writes.

This mainly includes products such as consumer electronics, home appliances, household goods and office accessories. When asked by CNN about a specific article, Amazon responded that research confirmed the product was safe and that there were no other design or safety issues.
Infographic: If you had invested in Amazon in 1997 … 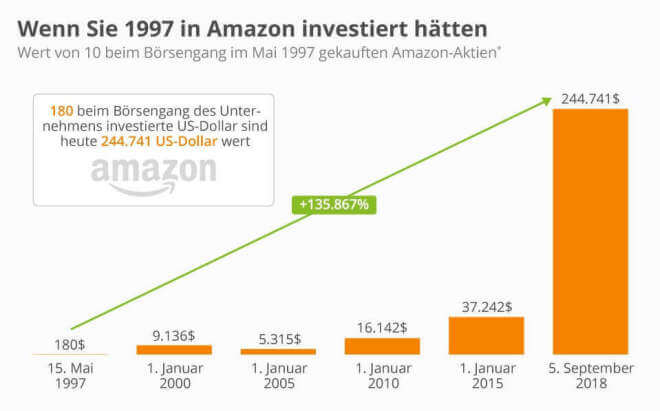 Not a direct response for CNN

When asked if he had tested any of the chargers that customers had reported as unsafe, and if so, what those tests found, Amazon simply replied that he had “no information to share. “. However, the group published a blog post about the allegations, in which it explains how high the level of product safety is and that the company takes any indication of a problem seriously.