The new top model of Samsung Galaxy Z Fold 2 5G was briefly announced during the presentation of the Galaxy Note 20, but it will not be officially presented for a few days. We have now found all the technical details on the foldable smartphone at 2000 euros.


The Samsung Galaxy Z Fold 2 5G should of course impress with its two screens. Samsung increased the AMOLED panel on the outside to 6.2 inches and increased the resolution to a remarkable 2260 x 816 pixels. The screen thus covers the entire surface and is only interrupted by the front camera, which is located in a circular recess in the middle of the panel.

Unlike the indoor display, the outdoor display should operate with a maximum refresh rate of just 60 Hertz. Inside, an extremely smooth display of moving content is offered up to 120 Hertz. The main screen of the Galaxy Z Fold 2 5G is 7.6 inches and is folded vertically in the middle, with a resolution of 2208×1768 pixels. The manufacturer advertises that the foldable OLED panel has a “flexible glass” cover, which is commonly referred to in the industry as ultra-thin glass. 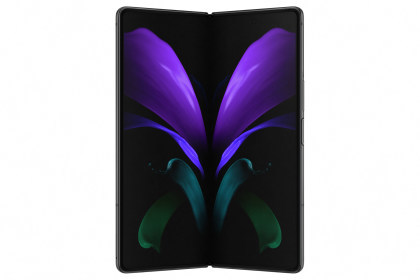 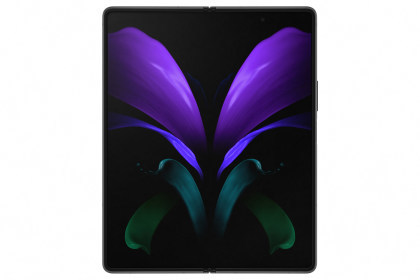 According to our sources, the user should be able to use up to three apps at the same time on the giant screen, which our sources say included an additional plastic protective film with the smartphone to protect it. If desired, the main screen can be folded and set up in virtually any angle, Samsung also announces that the hinge has been redesigned and improved again. It is now said that the Galaxy Z Fold 2 5G is also much better protected against the ingress of dust and dirt.

The cameras on Samsung’s new foldable screen smartphone didn’t see an upgrade at first glance. Although the device has three 12-megapixel sensors in its triple cam module on the outside, details have been improved. The zoom and ultra-wide-angle cameras each have an f / 2.4 and f / 2.2 aperture and sensor pixels of 1.0 and 1.12 micrometers, but the main camera has been further optimized. 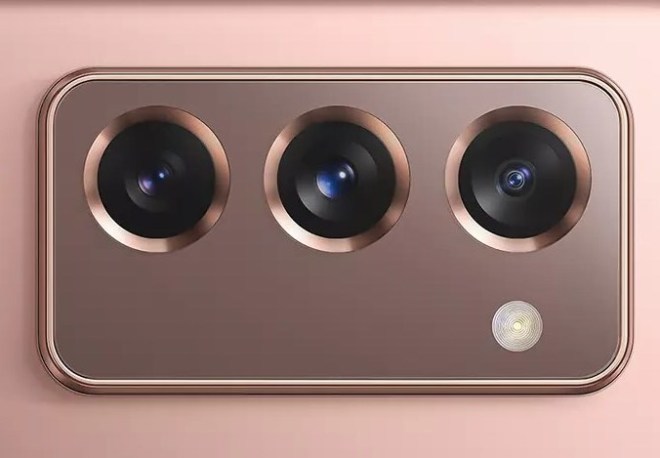 It now brings a new sensor with a pixel edge length of a whopping 1.8 micrometers, which is combined with an f / 1.8 aperture and uses dual-phase detection autofocus. An image stabilizer is also offered here. The front camera has a resolution of 10 megapixels and has 1.22-micrometer sensor pixels and an f / 2.2 aperture. It has therefore not changed and corresponds to the front camera of the first generation Galaxy Fold.

Qualcomm Snapdragon 865+ instead of Exynos990 also in Europe

Unlike the Galaxy Note 20 models, Samsung equips the Galaxy Z Fold 2 5G in Europe with the Qualcomm Snapdragon 865 Plus Octacore SoC, which is currently the absolute best performance in the Android smartphone world. It is installed with 12 gigabytes of LPDDR5 main memory and 256 GB of UFS 3.1 flash memory, so the permanent memory can no longer be expanded using a microSD card. In addition to the individual NanoSIM slot, the Fold 2 also supports eSIM.

The battery of the new Galaxy Z Fold 2 5G with its capacity of 4500mAh should be sufficient for up to 31 hours of continuous operation through a 4G connection. It is charged using Super FastCharge with up to 25 watts via the USB Type-C port, but can also be charged up to 11 watts via wireless charging. The Wireless PowerShare feature for charging wireless headphones or other devices is also back on board with the Galaxy Z Fold 2.

AKG speaker and fingerprint reader on the side

The equipment also includes two stereo speakers, which Samsung has again optimized by its audio specialist AKG. Samsung has moved the fingerprint reader to the side of the device, probably because there is still not enough space under the screen.

The operating system here is of course Android 10, which is used in conjunction with the Samsung One UI 2.5. The Galaxy Z Fold 2 5G is initially only available in black and bronze, with the device having a matte surface on the outside. In addition, another “Thom Browne” edition is planned, which will be even more expensive.

Speaking of pricey: as stated, the Samsung Galaxy Z Fold 2 5G will of course be anything but cheap. In Germany, the device currently costs 1949 euros due to reduced VAT, while in most other European countries it costs 1999 or 2009 euros. At least in this country, the price drops slightly compared to the previous model, but you also have to be content with half the internal memory of the predecessor.

Update at 4:00 am: According to an official manufacturer datasheet that we have, the Samsung Galaxy Z Fold 2 5G will be available in stores starting September 18.